The stock market recovery in the US is uneven, with some sectors lagging behind

Until the pullback in early September, the S&P 500 has climbed almost 25% in 2020 outstripping other sectors. This points to an uneven K-shaped recovery where some parts of the economy such as technology, retail, software services and other growth sectors may recover and grow faster than others.

As the US experiences its worst quarterly economic performance since the Great Depression, American stock market indices continue to hit new highs in spite of the signs of a deepening recession with rapidly rising unemployment caused by massive lockdowns in the preceding months as COVID-19 infection and death rates broke new records.

With unemployment rate hovering around 10%, up to 30 million Americans out of work, and the second quarter gross domestic product (GDP) shrinking by 31.7%, this is the worst decline in history.

Notwithstanding the economic meltdown, US stock indices, particularly the tech focused S&P 500 index, have been on an upward path since 23 March 2020, buoyed by the Federal Reserve (Fed) announcement of a range of unprecedented open-ended quantitative easing measures and subsequent introduction of the $2.2 trillion economic relief and stimulus programme by the Trump administration. Further pronouncements by the Fed that it is committed to a soft monetary stance to support economic recovery further bolstered confidence in the markets. Few would have predicted the speed of the market recovery. The Dow initially tumbled 33% when the severity of the pandemic became evident. Despite the inability of the Trump administration to bring the health crisis fully under control, markets soon recovered and rebounded sharply, perhaps cognisant of the Fed and government’s determination to keep rates low to fuel growth.

For pundits and investors, it was clear that the market will have abundant support. Meanwhile, tech stocks drove the rally and the markets almost made up for the initial losses.

American economist and Nobel laureate Paul Krugman underscored in a recent op-ed the disconnect between strong market capitalisation of big tech companies, that were fueling the S&P 500’s and broader Dow’s rapid climb, and the underlying performance of the economy. “They're all about investor perceptions of the fairly distant future," Krugman said. Big tech stock investors are simply betting that they will continue to do well in the long run, rather counterintuitively in the face of a depressed global economy.

"The truth is that stock prices have never been closely tied to the state of the economy and that they were decoupled from indicators such as jobs and economic output," Krugman argued.

The stock market rally offers little to no relief to the millions of people who have lost their jobs and livelihoods as the pandemic pushes economies around the globe ever deeper into recession.

Indeed, as Krugman highlighted, stock capitalisation and valuation are not tied to jobs or broader economic outputs but by corporate earnings and underlying fundamentals. And on these two counts, investors’ confidence in big tech is well grounded.

Tech giants Alphabet, Google’s parent company, Amazon, Apple, and Facebook reported strong earnings in the second quarter of 2020, beating market expectations, even with COVID-19 driving up demand as consuming behaviour turned from physical to digital fulfilment enabled by the cloud and artificial intelligence.

The big four reported combined quarterly profits of $28 billion that propelled their combined value to over $5 trillion, accounting for almost 17% of the $30 trillion total market capitalisation of the S&P 500. Apple’s capitalisation breached the $2 trillion mark having crossed $1 trillion just two years before.

Historical low interest rates, expectations of further quantitative easing and economic stimulus as well as the potential release of an effective vaccine in the new year mean that stock markets will remain attractive (inferred from the relatively stable volatility index) sources of asset price appreciation and will be well supported despite periodic corrections to curb any excessive market exuberance.

Until the pullback in early September, the S&P 500 has climbed almost 25% in 2020 outstripping other sectors. This points to an uneven K-shaped recovery where some parts of the economy such as technology, retail, software services and other growth sectors may recover and grow faster than others. Wealthier economies with lower debt burdens, higher per capita income and the resources to  stimulate growth in these sectors may also see better stock market performance, face less disruption, and recover faster than others.

Put another way, the recovery from COVID-9 will be uneven. The ‘haves” will emerge faster and better than the “have-nots”, and it will not be just between economies but between sectors, companies, communities, families and individuals within economies.

With the expectation that the US will see a strong GDP rebound in the third quarter, in the region of 20%, mainly off the low base in the second quarter, will the big tech and other growth sectors continue to outperform and drive markets even higher? Will major markets elsewhere that have closely tracked the performance of the US through most of the year continue to do as well? 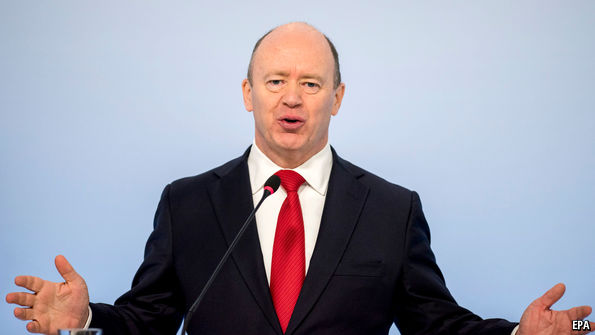 THREE times since the financial crisis, Deutsche Bank’s bosses have turned to its shareholders…