Difficult outlook for Chinese banks in 2018 Robust economic growth and higher producer prices have given a boost to corporate profit growth in China. Under the authorities’ push for deleveraging, Chinese corporates, especially those in the upstream industries are likely to reduce new investment growth and use cash flows to ease their high indebtedness. For the banking sector, this could mean an improvement in part of the asset quality problem, but this cannot mask growing concerns regarding other issues.

Liquidity is at the forefront of the problems both for domestic and external reasons. From a domestic perspective, the deleveraging push and increasing counterparty risk have pushed up funding costs. The regulatory crackdown on off-balance sheet items and shadow banking has made the life of medium-sized and smaller banks without a solid and stable deposit base more difficult. Various instruments for funding are being restrained, the latest being negotiable certificates of deposit and earlier the interbank market itself through the People’s Bank of China’s (PBOC’s) push with its macro-prudential assessment (MPA). Regarding the external push, the US Federal Reserve FED monetary policy normalisation, and especially the shrinking of its balance sheet, will lead to tighter financial conditions in China, so as to equilibrate higher interest rates in use and, thereby, hold off capital outflows.

Beyond the liquidity concerns, which are real but still manageable through PBOC’s switch to a laxer monetary policy stance, the solvency of Chinese banks is also deteriorating. The deceleration in profitability, and more generally, still growing balance sheets will make it harder to generate organic capital. This coupled with the unavoidable – although still not immediate – regulatory pressure stemming from Basel III capital surcharge requirements, should make 2018 increasingly wary of their solvency situation and, thus, push them to raise capital even more aggressively than last year. While the worst seems to be over in terms of profitability – as net profit growth has rebounded from a low point in 2015 – the gap between asset and profit growth remains large. This situation is particular difficult for smaller banks. Because of a relatively smaller loan book and a larger investment book, smaller banks will not benefit as much as larger banks from the increase in interest rates as expected in 2018. Together with the dilemma that they have long needed to fight hard for liquidity with higher funding costs, this will continue to pressure their already low net interest margin.

The other factor for a low profitability (and the related small creation of organic capital) is policy. The large scale local government debt swaps have increased banks’ investment book, but have also lowered the average interest rate that banks are getting for their loans to local governments (from an average of 10% to now 4%). In other words, their lending, since 2008, has ended up in safer condition, but consequently less profitable.

Finally, as for the seemingly improved asset quality, continuous divestment of banks’ stressed loans to improve their asset quality comes at the cost of the rest of the financial system, and even final investors who will be accepting generally overpriced banks’ doubtful loans. Asset management companies and insurers, and eventually the households, will continue to take the “baton” and help sharing the risk across the financial sector.

All in all, the improvement in asset quality by sharing the risks with rest of the financial sector could be a relief for banks, but actually not enough to keep pace with the growth of assets of Chinese banks. The cost of funding will continue to increase, especially for the smaller banks. The lower profitability will continue to limit the ability of Chinese banks to generate organic capital and will fuel the need to seek capital elsewhere. Such demand will only increase down the road once the China Banking Regulatory Commission imposes total loss-absorbing capacity requirements. At the end of the day, more stable sources of income and more organic generation of capital will be needed for Chinese banks’ to be totally out of the woods after the massive credit binge over the last decade. 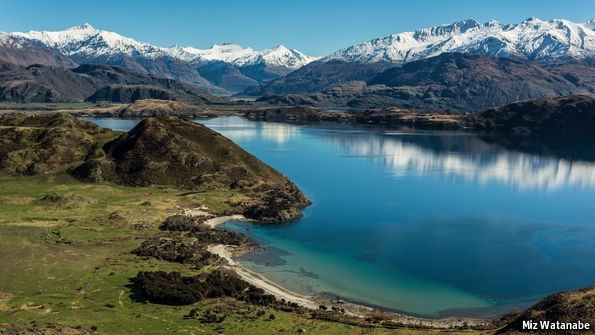 MANY Americans were taken aback when news broke in January that Peter Thiel, an internet billionaire…