Will a digital platform accelerate inclusive consumer finance in the Philippines? FINTQ addresses the gap in financial access for Filipinos without credit qualifications and those in the rural areas through its cloud-based lending platform Lendr, approved by the Bangko Sentral ng Pilipinas (BSP). Lendr also fosters collaboration among banks, financial technology companies and other key stakeholders in the industry

Building an inclusive finance has been a long-standing agenda for the Philippine financial industry. The availability and abundance of banking products and services are not enough to promote financial inclusion, when first and foremost, accessibility is still a pervasive challenge. Factors such as archipelagic barriers, unavailability of a national identity document, as well as the lack of financial literacy among consumers, all contribute to the low banking penetration of Filipino adults that stands at 31%.

Although banks have broadened their reach by increasing their branches by an estimated 3.9% from the previous year, there is still a huge gap in the services offered by incumbent institutions especially on the lending side.

According to the BSP National Baseline Survey for Financial Inclusion 2015, 38% of municipalities in the country are still without any banking presence, with an average of 26 minutes to reach the nearest bank branch. As such, only 47% of the adult population are borrowing money, and 72% of which are sourcing funding from friends, relatives and informal lenders. Merely 4.4% are sourcing financing from banks.

As per the BSP survey, the main consumer consideration for seeking funding are interest rates, loan amount, period to pay, ease of loan application and processing time. Given these factors, it is not a surprise that consumers at the lower end of the market are opting for informal funding given the limitations in banking accessibility, and lack of credit history and documents, which can serve as proof for cashflow – leaving them entirely out of the financial system.

With these industry and market circumstances, it remains a challenge as well as an opportunity for banks and non-banks to penetrate this underserved market. For FINTQ, a financial technology player who entered the market in 2015 with its strategy of building a massive bottom-up ecosystem pioneering and introducing inclusive digital finance accelerators, the unmet needs of the consumer s pose potential for driving the change and financial development in the country.

Digital as a solution

FINTQ is the bank and telco-agnostic financial technology (fintech) arm of PLDT and Smart Communications – one of two telco giants in the Philippines. Leveraging on its extensive mobile network, the fintech has launched a number of telco-agnostic digital lending platforms including “Lendr”, a fully digital end-to-end marketplace platform for consumer loan products. It was developed in-house utilising a frictionless mobile technology, which can be accessed regardless of mobile operator, to provide a one-stop loan origination and management platform with a diversified portfolio of consumer finance solutions covering a wide-range of consumer and business loans including salary loan, personal loan, payday loan, DepEd loan, Agri/Crop loan, Bridge “bale” loan, appliance loan, and 13 other loan types.

By going digital, FINTQ aims to address consumer pain points which are hindering Filipinos to be part of the formal financial system. Lito Villanueva, managing director of FINTQ, shared, “financial technology will be a driving force in pursuing both the objectives of the government and the private sector in really making sure that every individual will have greater access to finance. At the end of the day mobile devices will ultimately be the primary customer touch-point. Beyond call and texting, the mobile phone should be a tool that should be utilised for financial services.”

Lendr customers need not to go to a particular branch to open an account, conduct transactions and view the available financial products and services. It also eliminates transportation costs for customers.

By eliminating the manual pen and paper application, customers can upload all required documents through the mobile app. Thus, application can be vetted in real time. Personal loans are approved within a day. It also pushes SMS notification to provide application status.

In addition, by having a digital platform, sales channels are now open 24/7, which is a key highlight as 47% of the loan applications were conducted outside the traditional banking hours and days.

Building a shared ecosystem with its business model

As a marketplace lending platform, it does not hold any loans on its balance sheet, instead it bridges consumers with its partner banks and non-banks through a shared services program. It particularly offers rural banks, microfinance institutions and cooperatives an opportunity to compete with bigger banks at an even playing field as well as save costs as they drive growth through the digital platform.

“The idea here is how we can make use of technology to foster a level playing field. We do not only partner with universal banks or commercial banks. We are also enabling the rural banks, cooperatives or micro-finance institutions. By technology, they can now complete head on with the big players in the industry. By doing so, they will be able to capture more consumers without any huge capitalisation expenses in expanding their operations and reach,” Villanueva explained.

FINTQ has been working closely with the regulator BSP not only in ensuring that its platform is approved under a community cloud-based deployment, but also enable regulatory framework conducive to digital transformation.

As of the first half of 2017, FINTQ has already on-boarded 1,500 participating institutions to its Lendr platform, 78 of which are banks and non-bank players – establishing a large digital network of partners in the country. With its digital platform, it has also extended its coverage to all the 81 provinces, 91% of the 145 cities, 23% of the 1,490 municipalities in the Philippines.

Since 2015, FINTQ through its Lendr platform has released over $500 million worth of loans as of the first half of 2017 (Figure 1). It grew its loan amount by 46% from end of 2015 to end of 2016, Moreover, its registered user base has surpassed a million mark, with a 33% growth in borrowers from the same period last year. Among its borrower base, 70% are from outside Metro Manila (Figure 2), while 80% are millennials and from generation x (Figure 3). Harnessing the algorithms and filters of its platform which ensures the appropriate matching of borrowers and lenders, the platform has maintained a non-performing loan ratio of 1.4%. However, the fintech is looking to further improve the management of loan quality by developing an integrated collection system and introducing automated notification to remind borrowers of their repayment deadlines. It is also working on an aggregated credit-scoring system as approved by the BSP. It will leverage on data analytics to utilise data outside of the financial services such as mobile transactions and utility data to pursue its goal to bring the 69% new-to-credit customers to the mainstream banking and formal financing services. “By this quarter we will be an aggregator for credit scoring. We will be deploying shared services approach in employing digital know your customer (KYC) and other tools that would make our partners more seamless and dramatically reduce their admin costs providing more affordable credit to the end consumers.” Beyond business results, FINTQ also claims to have generated jobs, improved agricultural productivity and steered Filipinos away from informal lending who charge around 30% interest rate a month. Now, consumers have access to loans with lower interest rate of 9% over six months.

“Based on these results, digitalisation is the key to financial inclusion. Majority of the Lendr borrowers is from the provinces. Of which, 26% are from low-income government units. Most Filipinos do not even have the experience of visiting a bank branch. Normally, consumers from the informal sector would be intimidated to go inside an air-conditioned branch because they do not feel welcomed or dressed appropriately. They would feel that they are not part of this system. Now, there is no longer a barrier when it comes to this particular issue.”

Utilising digital technology in capturing lending opportunities in the market and promote financial inclusion is not only unique to the Philippines. New players have begun to transform traditional loan business models to integrate digital capabilities in various ways, which help them address the disconnect between consumers and financial products and services. Below are notable examples globally:

Financial technology is here to stay

Traditional consumer finance products and acquisition programs are often constrained due to misalignment with consumers’ capacity and needs. There are also stumbling blocks which traditional channels are unable to traverse especially in terms of financial inclusion. However, with new technology and data-driven solutions, the competitive landscape is slowing being evened out, giving chance to new players to extend financial services to the lower end of the market and for banks to rethink their strategies and business models.

Although in the Philippines, FINTQ has positioned itself as an enabler for banks, and not yet a direct competitor, it will just be a matter of time that such financial technology providers will gain enough scale and traction to contend with the incumbent banks. Most especially regulation is also being progressive with embracing technology.

“With the help of regulators, government agencies, and key stakeholders, fintech is here to stay. Not only in the financial industry but in all the facets of a consumer’s life. This is the digital age, this is the future. We are in the right track,” Villanueva highlighted. 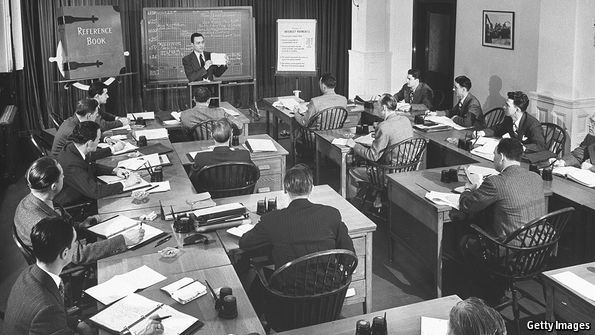